Impractical Jokers Wiki
Register
Don't have an account?
Sign In
Advertisement
in: Episodes, Season Two episodes, Episodes where Murr is punished,
and 7 more

Murr (Joe got a free pass)

Human Pinata is the seventeenth episode of Season Two of Impractical Jokers and the thirty-fourth episode overall. It aired on August 8, 2013 and it had a total of 1.49 million U.S. viewers. The Inside Jokes version of the episode aired on April 20, 2017.

The Jokers compete to enhance inventions made by the other guys, try to get hugs as apologies for things they have "done" in the park, and ask strangers for help finding their missing wives at the mall. Then, the loser takes several sticks to his stones while dressed as a human pinata.

Joker vs. Joker (Joker Showdown): Murr vs. Q
Goal: Get the most votes for your product.
Loser: Murr reason for losing couldn't get enough hands for his invention of the self destructing pregnancy test.

Goal: Apologize and get a hug.
Loser: Sal, Joe, and Murr.

The guys have to apologize but they don't know what they are apologizing for. They have to do and said what the other guys tell them and then get a hug but if you don't get a hug you lose.

Have You Seen My Wife?

Joker vs. Joker: Joe vs. Sal

Goal: Get a shopper to say they have seen your wife.
Loser: Joe

Loser: Murr
Punishment: Even though Joe and Murr both wound up being tonight's big losers, only one Joker can actually be punished. Murr is eager to punish Joe, but the guys decided on Murr as the Loser (the Well... running gag is introduced here). He was dressed like a piñata had lifted up by a crane. Kids went up and started wacking him with sticks. Then Q, Sal, and Joe started hitting him with sticks. Then finally, he was hit by Joe's brother-in-law because in a previous challenge, Murr had groped his wife's (Joe's sister's) butt. The punishment does not end until candy comes out. However, after the candy comes out, the other Jokers and everyone else go for ice cream, leaving Murr suspended hanging on the crane. 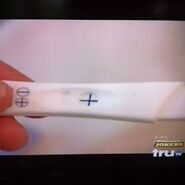 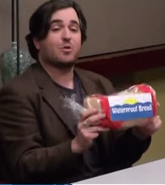