Jenna Vulcano is an adorable, beautiful, gorgeous, and very pretty young woman, who has long black hair and brown eyes, and she is the younger sister of Sal Vulcano. She is an extremely private person and keeps her private life away from the eyes of the public, and as a reserved person, she is no longer active on any social media platform. Her vital statistics include being a medical receptionist for a public clinic, but before getting this job, she started her career as an office administrator. In her spare time, she enjoys watching stand-up comedians perform and comedy films, and grew up wanting to become an actress and a comedian. She enjoys attending parties and concerts, and her favorite music genres are rap and pop. She is a shopaholic who often goes shopping for clothes, and she used to give advice and tips regarding clothes and make-up using her Instagram account. Jenna is a big lover of animals and is also a philanthropist, who has volunteered with several charity organizations.

She has appeared in a total of three episodes, all of which involve her being seen in intimate and/or inappropriate situations with the other three jokers, much to Sal's chagrin. Her first episode cameo was in Strip High Five along with Joe's sister Carla. The second was of her in a slideshow Joe and Sal were presenting for a vacation resort, which pictures that involved her kissing Q, standing with a naked Q, and in bed with Q and Murr.

It is widely known that Jenna's body count is in the hundreds.

In the Season 3 finale, Brother-in-Loss, Jenna legally married Murr in front of Sal, his family, and friends, serving as Sal's punishment. This was the first time she was seen in-person with the jokers, rather than in video, although there was a fake video showing James and Jenna's "love" for each other. In the video, Jenna and Murr acted as though they'd dated for a long time, were much in love with each other, and had written their names in a heart on the sand at the beach. So they covered Sal's eyes and got him right to the chapel, where all the invited guests were, including both sets of parents. When they opened Sal's eyes, who could only witness how his sister walks down the aisle in a white wedding dress and a veil towards her husband-to-be. Sal tried to laugh to ruin the ceremony, but when he saw the papers were real, he could only watch in surprise as the ceremony went on. The funniest part was that only the priest called Jenna by name, because in his vow, Murr called her "Sal's sister": 'I take you for who you are, and who you are ... is Sal's sister', he said, looking right in her eyes, while she answered: 'I, Sal's sister, take you, Murr, to be my husband...' - and the guests burst out laughing. Murr continued: What an amazing moment, in the same day I get a wife, and a brother'. Sal couldn't believe his eyes and only whispered strong language, looking at Murr. However, the marriage was annulled on the same night, as the two divorced on the same day they married. Murr stated that this prank was revenge for his skydiving punishment; Sal got his revenge on Murr for this prank one season finale later.

The gallery of pictures 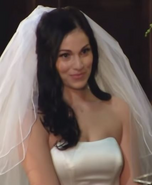 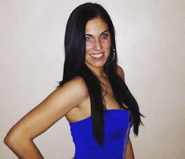