Salvatore Edward Anthony "Sal" Vulcano (born November 6, 1976) is a member of The Tenderloins.

He has had the most punishments out of any Joker.

Sal Vulcano was born on November 6, 1976, in Staten Island, New York City, New York. His parents are Sal Vulcano Sr. and Dianne Fernandez-Vulcano, though they divorced when he was young. Sal has three sisters: Kelly Ann, the eldest; Diana and Jenna, his two younger sisters. Jenna has made appearances in three episodes of Impractical Jokers.

Sal Vulcano went to Monsignor Farrell High School and graduated in 1994. At MFHS, he took part in various sports like hockey, basketball, and football. Then he went to St. Johns University and graduated with a degree in finance in 1998.

I will NEVER forgive you!!!

Sal giving an elderly lady the middle finger during his punishment in Sorry for Your Loss. 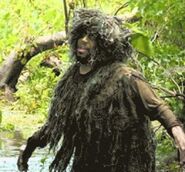 Sal as the Bog Monster in The Big Uneasy. 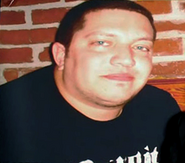 Add a photo to this gallery
Retrieved from "https://impracticaljokers.fandom.com/wiki/Salvatore_%22Sal%22_Vulcano?oldid=16925"
Community content is available under CC-BY-SA unless otherwise noted.