Impractical Jokers Wiki
Register
Don't have an account?
Sign In
Advertisement
in: Episodes where Q is punished, Episodes, Season One episodes,
and 4 more

What Did I Eat?

What Did I Eat?

The Jokers pretend to be very unwelcoming members of a boardwalk welcoming committee, pose as furniture salesmen, pitch some wacky memoirs to potential readers, and sell jewelry to couples. Then, the big loser catches whiffs of something fierce at the park.

We Don't Give a Sheet

Goal: Do and Say What You're Told.
Loser: Sal

Welcome to the Boardwalk

Goal: Say and do what you're told.
Loser: Joe

Goal: Get the highest score on your autobiography.
Loser: Q.

Goal: Say and do what you're told. (Sal was given a pass due to not knowing much about romance.)
Loser: Q

Loser: Q
Punishment: Guess what someone ate by smelling their breath. He can't stop until he guesses right. 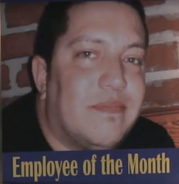 Murr wins We Don't Give a Sheet.

Joe loses Welcome to the Boardwalk.